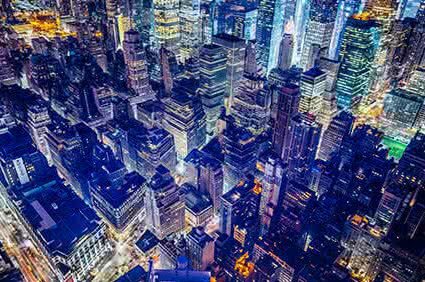 Chasing yield? ETFs have a lot to offer

If retail investors are serious about earning a yield they can hope to live on, one logical option is to look to the ETF (exchange traded fund) market where a number of ETFs have been specifically set up to maximise the amount of franked dividends they pay out.

Franked dividends are of particular interest to investors in pension mode, who won’t have to pay any tax at all on the dividends they earn and can therefore get all the benefit they confer. Lesser (non-pension mode) mortals should also note that franked dividends will help reduce their tax liability.

In a world where your money in the bank can’t even keep up with modest annual inflation and a five per cent yield on other assets is looking good, it’s an interesting thought that some of these ETFs are delivering yields of 7 per cent or even better: above 10 per cent in some cases.

After all, if you have been sitting on bank shares for say five years, your fully franked yield, based on your entry price, could easily still be around 8 or 9 per cent a year. That’s made up of the basic dividend payment, plus the franking credits which are earned as long as the company has been paying tax in Australia.

Treasurer Paul Keating introduced dividend imputation to Australia in 1987 to get round the problem of tax being paid twice on dividends: once by the company and then by the investor. That also had the effect of encouraging companies to pay tax.

But it’s important to keep an eye on the underlying value of shares as well as the yield, since some of the highest payers of franked dividends are shares whose price has been going down. For instance one dividend harvester fund enjoyed a yield of 9.60 per cent in the year to (November 2017) but the capital value of the shares in the fund slipped back by 4.99 per cent.

All was not lost – the shares were not sold and may well recover. But that’s an illustration of how you should not look just at yield alone. The basis of any investment strategy must always be the underlying fundamentals.

An extreme hypothetical might be that you have invested $20,000 in a high dividend ETF, it’s paid you $5,000 in dividends over the last three years but your units are now worth $15,500.

In other words, you are only up $500 which is only just better than a term deposit, and you own an asset that may keep declining in value. There are two main styles of high dividend ETF, and it’s worth noting the difference.

For a start, they are technically defined as Exchange Traded Managed Funds (ETMFs) because they require more managing than conventional index-hugging ETFs. That means higher fees, which should manifest themselves in higher returns.

The more conventional ones are grouped as High Dividend Company Focused ETMFs, which means they look at the underlying value of companies’ shares as well as their yield, and then there are the more specialised Dividend Harvester ETMFs.

The former also harvest dividends but they don’t buy and sell stocks so often as the latter category. Both types look to participate when companies offer to buy back their own shares, as that usually results in a generous distribution of franking credits, but it’s the dividend harvesters that usually have the higher yield.

With such ETMFs the value of companies’ shares does not loom large. Given that the shares were only owned for a brief period, the only thing that mattered was “harvesting” the dividend.

But it would be a mistake on the part of any investor to focus too hard on the yield while ignoring the capital value of shares and ETMFs. It is theoretically possible for an ETMF to pay out healthy dividends until there’s nothing left in terms of capital value.
Author: Andrew Main