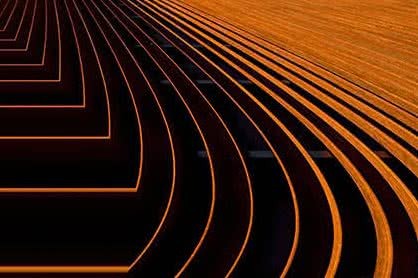 n early March I travelled through China and Japan to get a better feel for the staying power of the recent commodities rally. Feedback from a range of steel, copper, iron ore, nickel, gas and coal companies was skewed to the positive, with commodities demand likely to remain robust until at least mid-year. There was however some differentiation between commodities in terms of supply, leading to a diverse range of pricing outlooks.

From the demand point of view, new loan data for January and February (combined to offset the distortion caused by Chinese New Year) was robust, providing a solid lead indicator for commodity demand as activity ramps up post Chinese New Year. This is consistent with an optimistic outlook from a range of industry participants. More specifically, there were anecdotes of base metal customers increasing inventory in anticipation of higher prices later in the year. Reasons for caution included various tightening measures recently imposed on the property market, although this is very much focused on tier one and two cities. Price growth within the lower tier cities (which are more important for commodity demand) is still increasing and combined with elevated infrastructure spend, paints a positive picture for commodity demand overall. Supply is where the pricing outlook between commodities starts to diverge. In iron ore, feedback suggested that domestic iron ore producers are ramping up production in a more meaningful way compared to 2016. That said, due to delays in securing staff and necessary permits, we don’t expect this supply to hit the market until mid-April. Generally speaking, Chinese mines produce a high-grade concentrate, which should reduce the pricing disparity between high grade and lower grade ores in the seaborne market. This makes for a bearish pricing outlook, although off a very high base.

Conversely in the copper market, disputes at the three largest mines in the world are starting to have an impact. Charges by smelters for processing copper concentrate have fallen by approximately 20% in the last two months as they compete for feed . Inventories of copper have ticked up on the London Metal Exchange (LME) but this seems to be related to a trading house defending a position as opposed to an indication of the supply/demand balance. We suspect the LME inventory build will reverse in the near term, which would be a tail wind for copper prices.

In energy, the target for gas as a part of the China’s power mix was reiterated at 10% by 2020, up from 6% in 2016. In pursuit of this goal, a change in pipeline tariff policy is due to be announced in the coming weeks. The new policy will reduce pipeline tariffs materially, with the benefits to be split between the domestic gas producers and the buyers. The intention is to stimulate additional investment in domestic gas production as well as boosting demand. In this regard Sino Gas and Energy (SEH), which has producing gas fields within China and a large resource base, should be a beneficiary. SEH is held in both our Smaller Companies Fund and the Micro Opportunities Trust. Overall, meetings throughout China and Japan increased our confidence that commodity demand is likely to remain solid in the near term. Coupled with an improving manufacturing outlook for Europe and the US, it would be reasonable to assume the recent rise of commodity prices will be sustained, with further upside possible in instances where commodity supply is constrained.