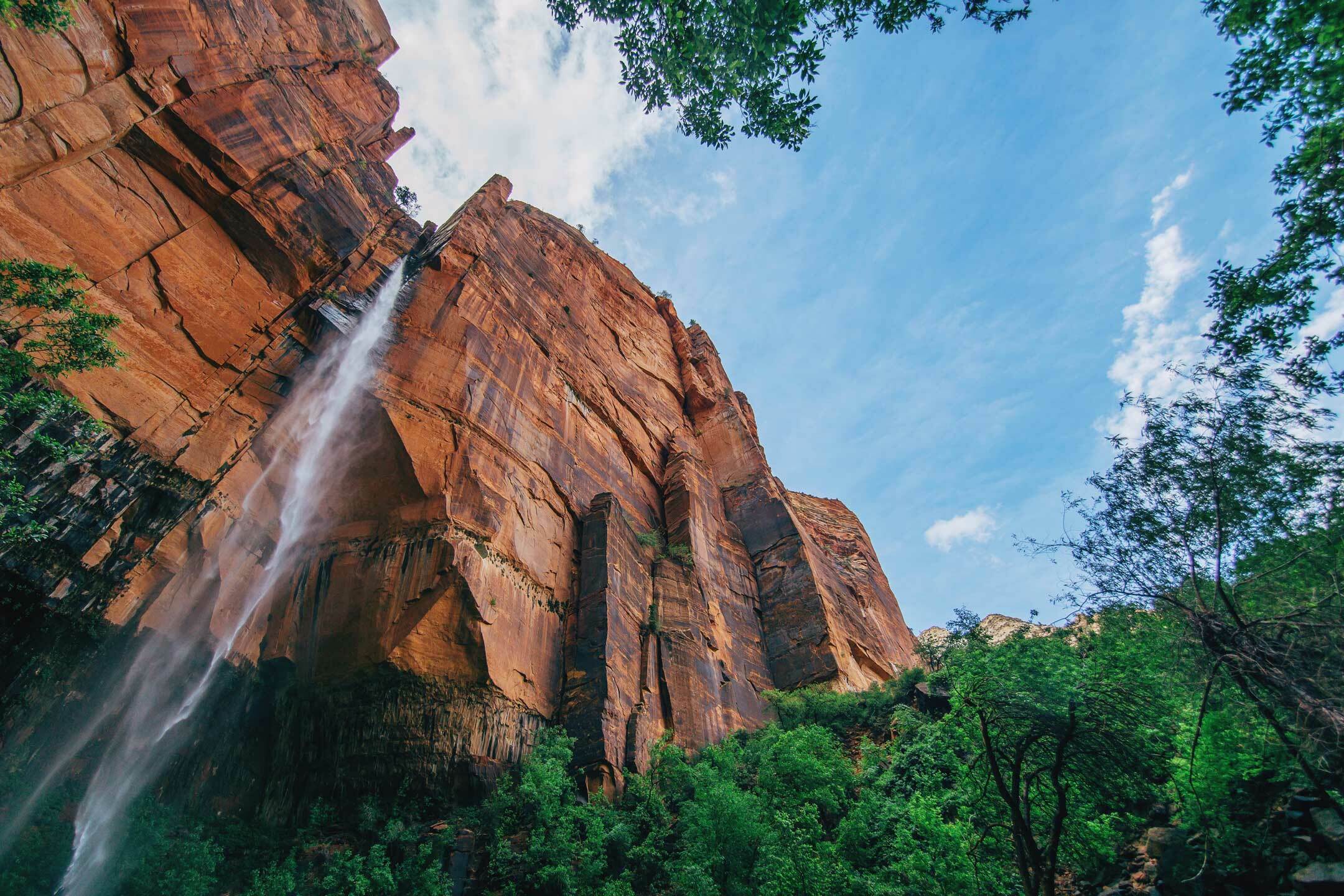 It’s been three solid years of watching the slow-motion train wreck which is the east coast energy market, and the crisis is finally upon us.

Due to the lag between wholesale power prices and the retail price paid, most electricity consumers remain unaware of how fragile the current situation is. This makes it exceptionally hard for policy makers to implement obvious but tough solutions. The situation is made worse by apparent contradictions between the public perception and reporting of this issue and the solutions being adopted by industry.

For example, earlier this year the CSIRO released its annual GenCost Report, which found once again that wind and solar are the cheapest means of power generation, even after including various integration and power storage costs. Which is difficult to reconcile with the decarbonisation solutions being adopted by industry. In particular, industry requiring remote power generation.

Digging into this a bit further, the figure below compares the costs of various means of power generation. The box on the right includes VRE (variable renewable energy i.e. wind + solar) scenarios, which includes an estimate of integration costs. 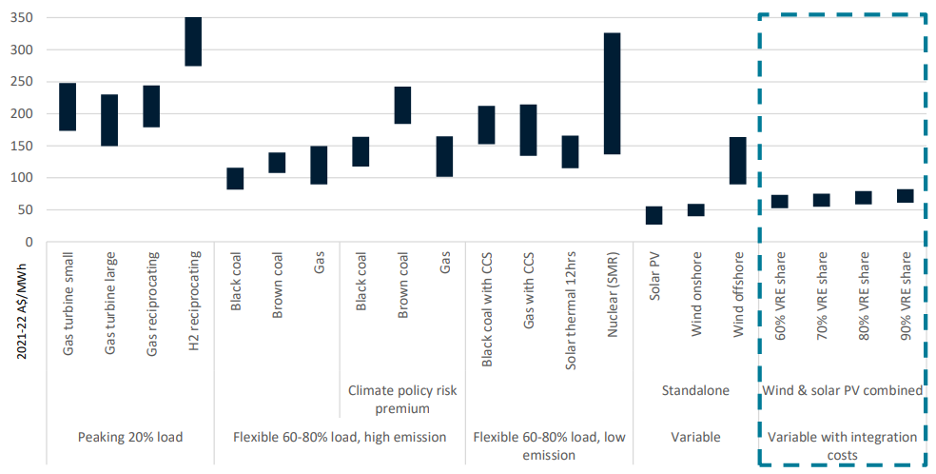 Based on these figures, it would be reasonable to expect then that the mining industry, which is falling over itself to decarbonise, and is also suffering substantial cost inflation, would be adopting the lowest cost power solutions advocated by the CSIRO. But they are not.

To the best of our knowledge, the most progressive of the miners is targeting a 37.5% share of renewable energy, which has only just become cost effective thanks to a ~150% increase in the diesel price over the last 12 months. This is well below the 60% variable renewable energy (VRE) scenario considered above.

So why the disparity between CSIRO modelling and the solutions large off-grid power consumers are adopting for themselves?

Firstly, the GenCost report and the chart above estimates the levelized cost of energy (LCOE) for various means of generation in 2030, not today. There are all sorts of assumed cost savings which sit between now and then.

Secondly, a large part of the dispatchable power generation (gas & coal) required to offset the intermittency of renewables is considered a sunk cost and excluded from the VRE costs above. This is a function of the fact that the GenCost report specifically considers solutions for the National Energy Market (NEM), so the costs in the chart above aren’t directly applicable for off grid generation.

The CSIRO also considers the Snow-Hydro II project, to be completed by 2028 (maybe) as a sunk cost. This $5.1 billion (and growing) project will store power equivalent to 1,800x the Hornsdale Battery in South Australia, which for a time was the largest battery in the Southern Hemisphere. Clearly Snowy Hydro II is critical to facilitating more renewables into the grid but isn’t captured in the LCOE costs above.

Looking forward, Snowy Hydro II can’t be replicated. So, as we pursue decarbonisation via electrification, pushing up electricity demand in the process, the cheapest form of storage (hydro) will likely be subject to the law of diminishing returns.

The final, more intangible factor in bridging the gap between current remote power generation solutions and the chart above is, in my view, risk tolerance. There’s a big difference between what a spreadsheet says and the operational realities on the ground. When it comes to modelling renewable energy output, there is an unavoidable necessity to make assumptions about the weather. We’re reminded daily that the climate (as a proxy for weather) is changing. It is therefore understandable that CEO’s responsible for meeting production targets are wary of being exposed to an unseasonable spell of cloudy or calm conditions. Similar to the one much Europe experienced in late 2021.

How big a risk is a power outage? Well, for a mid-sized gold miner producing 200koz pa, lost gold production equates to about A$1.4m per day at current prices. At that rate, any power outage quickly extinguishes the pretty thin financial benefit of a hybrid power solution. Particularly when considering enough dispatchable generation capacity needs to be in place to run the mine 24/7 anyway.

The final issue worth considering is the future seasonality of power demand.  Currently, Australian east coast gas demand looks like this: 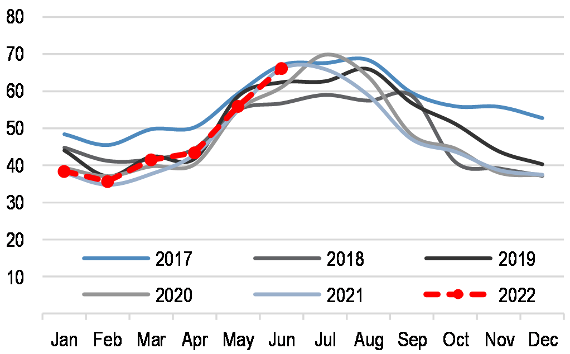 Gas demand spikes in winter because it’s cold and people turn on their heaters. To decarbonise is to electrify, which means that winter spike will migrate over time from gas to electricity. During the winter we get less hours of sunlight, which means solar generation will drop as power demand peaks. This looming mismatch between generation and demand can’t be fixed by more wind due to its intermittency. It can’t be fixed by battery storage either because a battery of this scale and duration would cost in the trillions. We know this mismatch is a problem because Europe has been grappling with it for the last two years, before Russia invaded Ukraine.

Until Australia develops a more contemporary nuclear energy policy, the only viable solution as we sit here today is gas power generation to mitigate the increasing seasonality of power demandas the nation electrifies.

It is difficult to understand why this solution is met with such resistance. Gas produces roughly 50% less CO2 per MWh than coal, coal to gas switching has been a key driver of falling emissions in the UK and the US, and modern gas turbines can be ramped up and down over periods of between 30 minutes to a couple of hours. Which means it’s compatible with renewable intermittency, whereas coal isn’t. It also means gas generation facilitates more renewables into the grid, as the intermittency can be managed.

These realities aren’t only applicable to Australia, they are applicable to every coal burning country in the world. Which means it’s easy to argue Australia’s LNG exports are a net positive for decarbonisation if used to displace coal demand. To oppose this line of argument is to say Germany ramping up its coal power stations is preferable to accepting more LNG imports from Australia. This is a nonsensical argument. Of course, this situation is likely to change over time with improved technology. However, time is of the essence and incremental improvements do count for something.

There are roughly 6 billion tonnes of coal mined and burnt around the world every year. It’s going to take decades to displace that amount of energy generation, which means gas will be required as a transition fuel for a long time to come. The sooner the policy makers around the world accept this, the faster the initial phase of decarbonisation will occur. 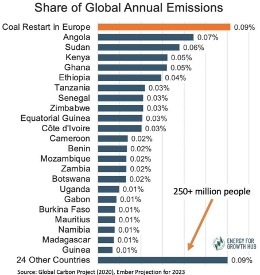