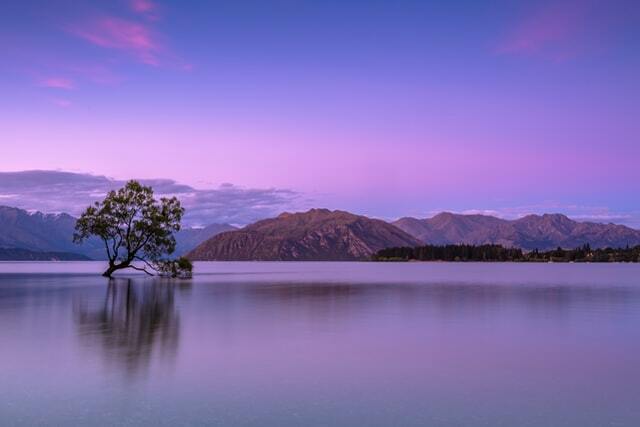 MoneyTalks: Here’s why 2022 is going to be a stock picker’s market

MoneyTalks is Stockhead’s regular recap of the stocks, sectors and trends that ASX fund managers and analysts are looking at right now and into 2022.

Today we hear from Julian Guido from Perennial Partners‘ Value Smaller Companies Trust where he is co-portfolio manager.

In the past year, it has returned 23.3% although it retreated 2.7% in November as markets were hit by fears over the Omicron variant.

Looking to 2022, Guido says while stock markets overall are overvalued and likely to have jitters amidst concerns over inflation and higher interest rates, there are still some opportunities in individual stocks.

“We’re constructive on the small cap side but cautious on the market for the index as a whole,” he told Stockhead.

“We spend a lot of our time focused on valuation, which we think is very elevated – North America is trading at record valuations.

“We don’t think the recovery is always linear, we are seeing inflation concerns starting to be a focused and rates picking up. For us, what does that mean?

“It means the next 12 months is going to be a stock picker’s market rather than just by the overall market, especially with the backdrop of the valuation framework.

“And obviously as a value fund we do have a bias that lends itself to looking at mispriced opportunities. There’s a lot of volatility in the market and where we see opportunities we will deploy capital.

“Our focus is on mispriced opportunities. We do have a reasonably large team in-house that allows us to have that opportunity to look at a lot of screening in terms of markets; there’s a large amount of stocks there, so it’s hard to get to the bottom of all of it.”

Guido says mispricing is common in the small and microcap space with less sell-side research than a few years ago and often a lack of consensus. But having to do the research on one’s own can pay off.

“We’ve focused on smalls and also microcap stocks because we think that’s where mispricing can occur the most,” he said.

“Why is that? We are believers in the sense a lot of historical research done by the sell-side has started to decrease over the best part of the last five years. There’s different reasons be it [a lack of] resourcing, people leaving financial services or things like that.

“But we’ve screened the universe, done our own fundamental research and looking at our own ranking system we focus on valuation metrics – things like price to earnings, price to FCF but also forecasting next 3-4 years EPS growth – because I think that’s doing your own work rather than relying on consensus numbers.

“We believe that’s where the value add is because unfortunately consensus numbers (whether it’s on Bloomberg or FactSet) can be stale because it’s not as updated for the latest round of information as they once were.

“That’s the focus there in trying to put together a portfolio which on average is cheaper than the market but offers better EPS growth – that’s the fundamental premise behind what we’re trying to do.”

Also crucial to Perennial’s process is getting to know the management of individual companies – something Guido says is more important in small caps and large caps.

“Often you find that these are founders of businesses who also display a high degree of entrepreneurial flair. That doesn’t always lend itself to growing the business further on after a certain size,” he said.

“I wouldn’t say there’s a secret, a lot of them have been in markets for 15-20 years and we’ve been able to assess skillsets of managers where we’re willing to back them.

“We definitely focus on two things: focus to come up with strategy that makes sense, but ability to be able to execute on that.”

Perennial’s top stocks for now and 2022

Guido says his firm was particularly proud of this company having made a successful bet things would turn around.

“What piqued our interest was going to meet the new CEO and look at strategy of reinvesting in business and in technology in developing new products, but (also) execution on some acquisitions that increased the Total Addressable Market for the company.

“Over time as we got more confident we became a substantial holder and it was premised in the valuation.

“For a software stock with a high degree of recurring revenue and customer retention it was one of the cheapest on the Australian market.”

Back in October, the faith was rewarded with Class receiving a takeover offer from Hub24 (ASX:HUB).

“They’re offering a premium despite the fact that they’re getting value in it themselves,” Guido said.

This is another company Perennial tipped as a turn around, buying in in the depths of COVID-19 as part of a capital raise.

And Guido alluded to the looming takeover of a competitor as a hint of what might happen in 2022 for holders of this stock.

“For us the capital raise was an opportunity, because what held us back was balance sheet and that was fixed,” he explained.

“What we’re seeing (is) that management increased market spend, capitalising on demand for IVF and actually hiked their market share but stayed cheap.

“I mention this in a timely way because [this morning] we saw private equity launch an offer for Virtus (ASX:VRT) which has lost market share and hasn’t been performing as well.

“We’re more comfortable with Monash – if you actually apply the Private Equity takeover multiple there you’re looking at upside of 20% from yesterday’s closing price, so this reinforces the positive view on that one.”

But the largest holding in the portfolio (accounting for 5.8%) is a company that hasn’t needed a takeover to realise potential.

“We can’t see many airlines that did well during COVID but Alliance actually did, given their core focus on FIFO sort of work and the fact that the resources economy kept going,” Guido said.

“Why we still like it now is potential for a lot of east coast activity or the non-flying work through contracts with domestic airlines.

“And also the fact that during the period they purchased very attractively priced aircraft and paths.

“So what we think this has potential to do is set up quite a few years of strong EPS growth which the market isn’t effectively pricing into the stock at the moment.”

Read the original article on Stockhead