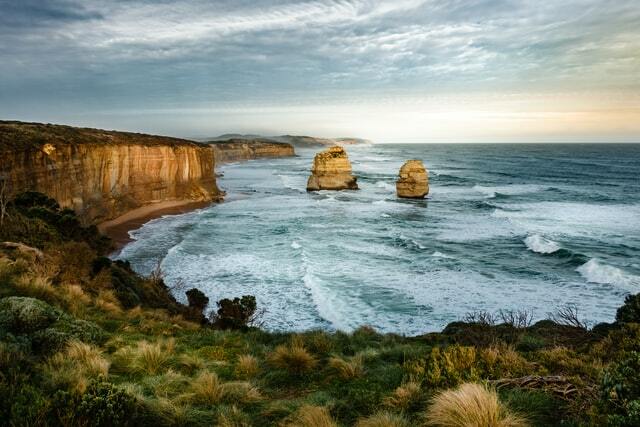 While the strategy is a stereotype of value managers, Bruce says, in practice, you’ll rarely find a blockbuster in the bargain bin, and it can sometimes leave you in a value trap.

“I find the bargain bin is generally not the best place to go looking,” he says.

“Buying something just because it’s cheap is never really a very good strategy. It might have worked 100 years ago, but it’s not a strategy for today.”

“Increasingly, we’re trying to make sure we’re staying away from structurally challenged things because one thing I’ve learned in my career is the turnaround stocks generally don’t actually turn around, and I’ve learned that the hard way.”

Several large value managers in Australia have been hurt by chasing cheap stocks, hopeful of a turnaround. AMP snared large value managers such as Lazard and Allan Gray, who both had substantial holdings in the business as close to 80 per cent of its value was obliterated.

“A good example of a turnaround would be Woolworths, which ticks every box, but a couple of management teams ago it came off the rails and expanded margins too much and lost share, but everything else about the business was good,” Bruce says.

“It just had to be redirected by a new team, and it was still the market leader.”

“But if you’re a struggling industrial with no pricing power and a bad balance sheet, turning that around can often be quite hard.”

Bruce says the sweet spot for Perennial is somewhere between the structurally challenged stocks and the high-flying “hopes and dreams” stocks.

“That’s where you can find a company that ticks all the boxes on quality returns and is actually trading at a reasonable value,” he says.

“We’ve made good money over a number of years off being in like James Hardie. It’s a good quality growth business, but actually is reasonably priced. That’s a pretty happy sort of hunting ground for us.”

Perennial’s Australian Shares Trust managed a return of 15.4 per cent in the 12 months to January 31, outperforming its benchmark S&P/ASX 300 Accumulation Index, which rose 9.6 per cent.

The fund has overweight exposures to the material, energy and financial sectors with big underweight positions in information technology and real estate.

“Our commitment to investors is that when your other stuff is struggling and you really need your value to outperform, we’ll deliver that for you,” Bruce says.

“What that’s meant in recent times is being overweight resources when resources have gone very well. We’ve been overweight financials, not so much the banks, but overweight Macquarie, the insurers and MA Financial Group at the smaller end.”

“Agriculture has been a really happy hunting ground for us in the little while, given everything that’s been going on in that sector.”

Bruce says getting on stocks at the right time and holding on to them for a long period was paying off for the fund.

“We’ve been backing things like a Macquarie. That’s a business which is very well aligned, very adaptable and able to find opportunities pretty much regardless of what the situation is.”

“We’ve also made good money on cyclical businesses where everything comes together.”

“We own Incitec Pivot and every so often you get these really strong spikes in some of these commodity markets, and agriculture is just going fabulously well at the moment. We’ve made some really good money in agriculture over the years.”

With war now breaking out between Russia and Ukraine, Bruce says having defensive stocks in the portfolio has also proved useful.

“It just highlights how uncertain the future is, and it means you do need to have good balance in your portfolio,” he says.

“You do need to have some of your downside covered, and you need to have real companies with real earnings because it puts into question some of the economic recovery.”

“Obviously wars might be good for commodity prices, but they’re not good for consumer confidence, and probably not good for PMIs and all the macroeconomic stuff either.”

While Bruce says he’s long had an interest in companies and investing, he originally got his start as an accountant at KPMG.

“I did an economics degree and was interested in working in funds management, but I as I was finishing at uni, the advice was to do accounting because that will always give you something to fall back on,” he says.

“I did that for three years and became a chartered accountant at KPMG. Ironically, it was quite good advice because being able to pick apart a balance sheet is a really core skill of funds management.”

“A lot of investing seems to be about the vibe and the charisma of the CEO, but, really, you actually need to do the other stuff as well.”

Not all 22 years have been as glamorous for Bruce as the past 2 have.

While value managers have largely outperformed the market over the past 12 months, it marks a stark contrast to years of underperformance before that.

“The most challenging period of time for value managers has been the last five years,” Bruce says. “You had muted earnings growth, little or no inflation and ever lower interest rates, and it just drove this valuation dispersion in the market.”

“The reality is that earnings from value stocks weren’t very flash over that period as well.”

Bruce says that since the start of the pandemic, the market has begun rotating and value managers are once again reaping the rewards as massive fiscal spending makes its way through the economy and inflation begins to rise.

“Things like financials, commodities and industrial cyclicals as well have all been doing better from an earnings point of view, and at the same time the threatened ending of free money has de-rated other parts of the market.”

“It was a really tough period, but the last 18 months have actually been very good for us value type guys.”

Bruce admits he has missed the boat on some stocks in the past two decades of investing.

“The one that’s cost me the most money over 20 years has been CSL,” he says.

“There was a period of time in the early 2000s when it went from being a little Australian fractionator to being the world leader. They went off in about 2003 and bought Behring, and everything just went wrong.”

“The company was on its knees. But then looking forward, it’s been probably the best investment in the market for 20 years. So I missed the best buying opportunity for the best stock in the market.”

“It’s just got this competitive advantage from its massive retail deposit base, which has meant it’s not had to do anything silly,” he says.

“It’s never gone off overseas buying banks in the UK, and it’s not done all the homeside things NAB did. It’s just been able to focus on its core business and just do better and better and better, whilst competitors who haven’t had that advantage have been looking for other things which generally detract.”

“Lots of people say it’s too expensive though and most investors have probably been underweight CBA.”

Read the original article by The Australian Financial Review