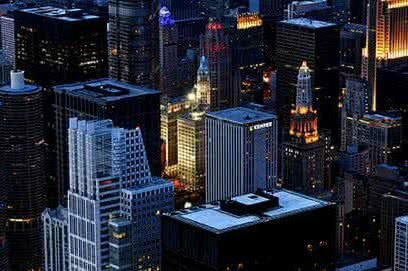 One of the great misunderstandings among retail and Self Managed Super investors is the belief that infrastructure stocks and property trusts are always good assets to hold if you are seeking a secure income stream.

Sometimes, these stocks are even referred to as “bond proxies”, suggesting predictable income and security of capital.

However, while these stocks typically perform very well in a falling interest rate environment, as has been the case for the last several years, we’re now heading into what is clearly a period of rising rates. It’s therefore worth looking at what happens to these stocks when the market begins to worry about higher interest rates.

The second half of 2016 saw the 10 year Australian government bond yield rise from 2.0 per cent to 2.8 per cent. This saw many of the most popular infrastructure stocks and property trusts marked down sharply.  Transurban, Sydney Airport, Scentre Group and GPT, for example all saw their share prices drop by more than 20% during that period.

That was despite the fact that over that period the ASX200 index climbed by 6.8 per cent, cracking the 5000 mark for what seems like the nth time. (It was actually the fourth time since 2008).

Why did that happen? It’s because analysts recalibrate their financial models when interest rates rise, to take account of various factors including the increasing cost of borrowing.  It’s not a lot different from the relationship between bond prices and yields: when the yields go up, the prices come down.

The typical equity portfolio model designed to provide an income yield is, not surprisingly, heavy on the banks, which make money no matter which way rates move.  However, it’s usually also got a similar weighting in interest rate sensitive stocks such as infrastructure and property trusts.   That’s because analysts are looking at the stocks’  yield rather than capital value.

In addition, as the companies have to spend more repaying debt there’s less available for paying dividends to shareholders, which means payout ratios will drop.

Rising rates are not the end of the world. Quite the contrary: they are usually a consequence of rising demand for money, which only happens when the economic indicators are looking positive. Central banks use their power to push up official interest rates as a brake on excessive demand, and vice versa.

The most likely upward impact on rates will come from the US, and soon. Not only is the US economy now humming along better than it has been at any time since the GFC, but President Trump has just slashed taxes in a bid to boost the same supposedly flagging  economy.

US interest rates can now only go one way – up – and although there is some room to move by adjusting exchange rates, ours will surely follow.  Just don’t load up on infrastructure stocks or property trusts, meanwhile.

These are the views of the Author, Andrew Main.