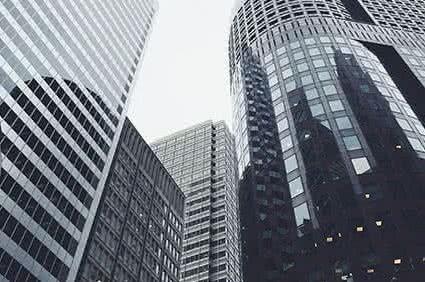 One of the biggest mistakes amateur investors make is to get more concerned with fees than with net returns.

They are mesmerised by the prospect of saving money rather than growing their super pie.

It’s true, as superannuation expert Jeremy Cooper memorably pointed out not long after his Superannuation Review was published in 2010 that “there are a lot of mouths to feed in superannuation.’’

That’s a specific criticism of the fact that there are so many intermediaries who “clip the ticket” in Super, and he was right to make it. The media also makes much of the fact that superannuation savers spend a total of $31 billion a year on fees and costs, as reported by Industry Super Australia early in 2017.

That sounds like a big pile of money until you calculate that it’s just over 1.3 per cent of Australia’s superannuation pie, which is now worth $2.3 trillion.

Industry funds, which generally have fees that are lower than retail funds, understandably emphasise the compounding effect of higher fees on eventual balances. ASIC’s MoneySmart website says that a one per cent difference in fees now could be a difference of up to 20 per cent in 30 years’ time. They’re talking about an annual difference in fees and an eventual total balance.

If I were running an Industry fund I’d be spruiking the positives too, the most likely one being that industry funds outperform retail funds by anything up to one per cent a year.

What they don’t tell you is that the outperformance comes from the fact that the average member of an industry fund stays far longer in the fund than their retail counterpart, so managers of retail funds aren’t able to lock funds into longer term investments such as infrastructure with the same degree of confidence.

Retail fund managers can’t afford to take the risk of investors moving their money out to another fund at a time when there’s not enough spare cash in the super fund to pay withdrawals, and they can’t readily cash out of long term investments.

Since September 30 of this year super funds have been required to be more transparent in reporting their fees and costs. That means that at first glance it’s likely to look as through members are paying more, but the reality is that those fees and costs were probably always there, but just less obvious.

ASIC notes that if your fund is investing in private equity or property, the fees you are being charged may look higher.

“These types of assets can have higher fees and costs but may also have higher expected returns over the long term,” it says.

Mano Mohankumar, senior investment research manager at super consultancy Chant West, notes that his firm’s analysis of the new RG 97 disclosure regime has founds industry funds’ reported fees climb by 22 basis points or 0.22 of one per cent, with retail funds close behind on 20 basis points.

Looking at the changes to fees overall, he says “it looks more, because it’s a new reporting requirement, but actually it makes no difference to members.’’

Actuary Ian Fryer, who did the analysis, notes that there’s still too much focus on fees.

“At the end of the day, the net return is what really matters. The industry needs to draw the focus back to member outcomes and cannot sacrifice performance just to bring the fees down- that would not be in the best interests of members.”

To show how much more important net returns are than fees, Chant West reported that the most common super fund, the median growth fund holding between 61 and 80 per cent growth assets, grew by 2.3 per cent in October alone, or almost twice the annual fees that super costs.

The return over the first ten months of 2017 is now 8.6 per cent. Those numbers are after deducting investment fees but not administration fees, so call the overall return 8 per cent. If that doesn’t sound very exciting, bear in mind that the return figure for all of 2016 was 17.2 per cent.