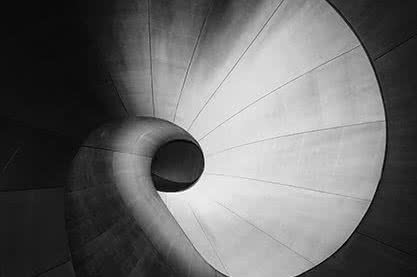 The current Reporting Season of August 2018 has left some investors surprised, some disappointed and some delighted. As Reporting Season nears completion, a name falling into the category of delight has been that of People Infrastructure, beating prospectus forecasts and consensus expectations, with management guiding to further growth in FY19. Despite these achievements, PPE still trades at an attractive valuation, suggesting it currently flying under the radar of investors.

PPE comfortably met prospectus forecasts and consensus expectations, delivering revenue and EBITDA growth of 14% and 27% respectively on FY17. The company also reduced its gearing, with net debt down on FY17 as the company generated healthy cash flow from operations and proceeds from its IPO in late 2017 being used to repay debt. The company also declared a fully franked dividend of 4.0 cents per share for FY18.

Other highlights for FY18 include the PPE’s investment in IT business Recon performing well, with the company selling Recon’s services into the existing business. The company also reiterated their favourable safety record and strong client relationships at the result, adding to conviction that management can continue to deliver and grow the business.

Diversified customer base and reach

PPE’s exposure to a diversified portfolio of industries was reinforced at the FY18 result, with an increasing skew to non-cyclical industries (around 50% of PPE’s business). This outcome is consistent with the message in PPE’s Prospectus, with the company then advising that it had sought to position itself to service more defensive sectors that were poised for long-term growth. Moreover, PPE’s successful organic growth in New Zealand was stressed at the result, providing the company with further geographic diversification.

Pre-result in August 2018, PPE announced and completed the acquisition of Network Nursing Agency, a business with 90% of its earnings generated from its nursing agency business and 10% from its healthcare training and education business, Australian Healthcare Academy. This acquisition is earnings accretive in FY19 and was well received by the market given the synergies and complimentary nature of nursing with PPE’s disability business. It also adds to defensive appeal and increases PPE’s exposure to healthcare.

Since our last Livewire post, the stock has delivered a return of 28%, from $1.59 (market close 18th July 2018) to $2.04 (market close 27th August 2018), on the back of the acquisition of Network Nursing Agency and delivering a strong FY18 result. PPE still trades at an attractive multiple. It appears that the market has not fully priced in the potential for PPE to cross sell between its existing business and the newly acquired nursing business. Moreover, PPE’s balance sheet is in prime shape to allow it to pursue other quality acquisitions.