Time to shift gears from Momentum to Value Investing

John Murray, Managing Director & Stephen Bruce, Director of Portfolio Management discuss why they believe it is now time to shift gears from momentum to value investing. 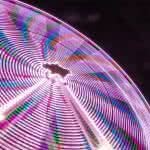 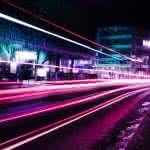 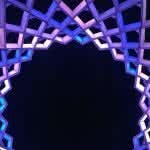 Does value investing work over the long-term?

Studies have shown that over the long-term value investing outperforms other styles of investing. The likely reason for the outperformance of value is that human nature causes investors to become both overly optimistic on the prospects of popular stocks and overly negative on the prospects of out-of-favour stocks. This leads them to overpay for the popular stocks, driving up their valuations to unsustainable levels and ignore the out-of-favour ones, allowing their valuations to fall well below their true value. This creates the opportunity for the value investor to buy quality businesses at low prices and benefit when they ultimately re-rate to their fair value.

What is value investing?

Value investing refers to the style of investing which places a heavy emphasis on the price paid for a stock relative to its future cash flows and making sure that you do not overpay for those cash flows.  Value investors seek out opportunities where they can pay a modest price for companies with predictable earnings and dividends. By not overpaying for stocks, and focussing on more certain, near-term earnings, value investors seek to embed a large “margin for safety” into the investments they make. Growth investors, by contrast, are more prepared to pay higher prices for companies where they anticipate a higher growth rate.   While many higher-growth stocks can perform very strongly, their more uncertain earnings and higher valuations leave them vulnerable to sharp sell-offs if market expectations are not met.

All styles of investing have periods of outperformance and periods of underperformance depending on what is driving the market at a particular time.  Over recent years, the market has been dominated by growth and momentum styles of investing, while value stocks have lagged. This has been largely the result of very low interest rates globally, which have meant that investors are prepared to pay more for cash flows in the distant future, promised by growth stocks, than they would be in a higher interest rate environment. As interest rates normalise, it is likely that investors will reassess this, leading to relative outperformance of value-style stocks.  Value investing was pronounced dead in both the late 1990’s (just prior to the tech wreck), and again in the mid-2000s (just prior to the GFC). Reports of its death proved to be greatly exaggerated, with value performing very strongly in the subsequent periods and market darling growth stocks which had dominated the market in the lead up to these events were shown to be flawed. Indeed, when markets have had a strong run, it has often proved prudent for investors to lock in profits from growth and momentum stocks and rotate into value.

What are the main factors that will cause a rotation from growth to value stocks?

There are several factors that may cause a rotation into value stocks. Firstly, rising interest rates reduce the value of the cash flows from growth stocks, which are often in the distant future, as opposed to value stocks, whose cash flows are delivered sooner and with more certainty. Secondly, improving global economic growth is seeing more broad-based earnings growth, meaning investors can find growth across a wider range of stocks. Finally, many growth or momentum stocks have been driven up to very high valuations and are “priced for perfection” meaning any disappointment in their earnings could see them sold off aggressively.   In the past, the rotation out of growth and momentum and into value has occurred very quickly.

Should I invest into a passive ETF or fund now?

Passive strategies blindly follow an index and pay no attention to either the fundamentals of the companies they are investing in or the price they are paying for those companies. Therefore, as markets become more volatile and valuation dispersion in some parts of the market reaches extreme levels, the risks of investing in purely passive strategies increases – be they funds or ETFs. History has shown that active managers tend to outperform more in volatile markets and protect investors better during market downturns as their valuation disciplines help them avoid the most overvalued and therefore riskiest parts of the market.

How do you avoid value traps?

Many cheap stocks are “cheap for a reason” and it is the key job of a value manager to avoid these so-called “value traps”. Value traps are avoided by performing detailed fundamental analysis to fully understand the drivers and outlook for a company. The balance sheet strength of a company is an area of particular focus as a strong balance sheet is the underpinning of any company and avoiding companies with weak balance sheets is fundamental to avoiding value traps.  Many of the best value investing opportunities arise where a company has been sold off on the back of what is likely to be a short-term issue to which the market has overreacted and where the company will re-rate positively once the issues are worked through.  However, it is critical to ensure that a company in this situation has the balance sheet strength to work through this period.

Discounted cash flow valuation modelling is a valid tool for assessing the worth of a company. However, given the sensitivity to inputs such as the discount rates applied as well as the fact that it requires assumptions to be made about cash flows far into the future, DCF valuations need to be treated with extreme caution and are best used in as a cross-check in conjunction with other valuation metrics.

What are the measures and characteristics that Perennial focus on when determining value in a company?

Perennial Value seeks to invest in quality businesses which are trading on attractive valuations. These are sustainable businesses with a track record of profitability, which can be expected to grow their earnings and dividends over time. We also place particular emphasis on balance sheet strength, avoiding companies where are either over-geared or engaging in any form of financial engineering. In terms of valuation metrics, we look at ratios such as P/E, P/FCF, P/NTA, Gross dividend yield and forecast 3-year earnings per share growth. We also use a number of measures to assess balance sheet strength. We seek out companies that are trading at a discount to the overall market on these measures to ensure that we deliver a “true-to label” value portfolio.

Some value fund managers seem to have slightly ‘style drifted’ (i.e. investing in Growth at Reasonable Prices) to capture opportunities at this level, what are some of the potential risks that come with diverging?

When the investment style you practice is out of favour, it can be tempting modify your process and invest in stocks which do not meet your normal criteria.  This can be seen where, in recent times, some value managers have included expensive growth stocks into their portfolios.  While this may boost performance in the near-term, the resulting “style-drift” means that the portfolio may not perform as investors expect. For example, if a value manager has “changed its spots” and is holding a number of growth stocks, then they are not giving their investors the exposure they believed they have in their portfolio. In this case, the investor may be unknowingly doubling up on growth in their portfolio.  Therefore it is important for fund managers to remain “true-to-label” so their investors can create portfolios with confidence that they know what exposures they are getting.